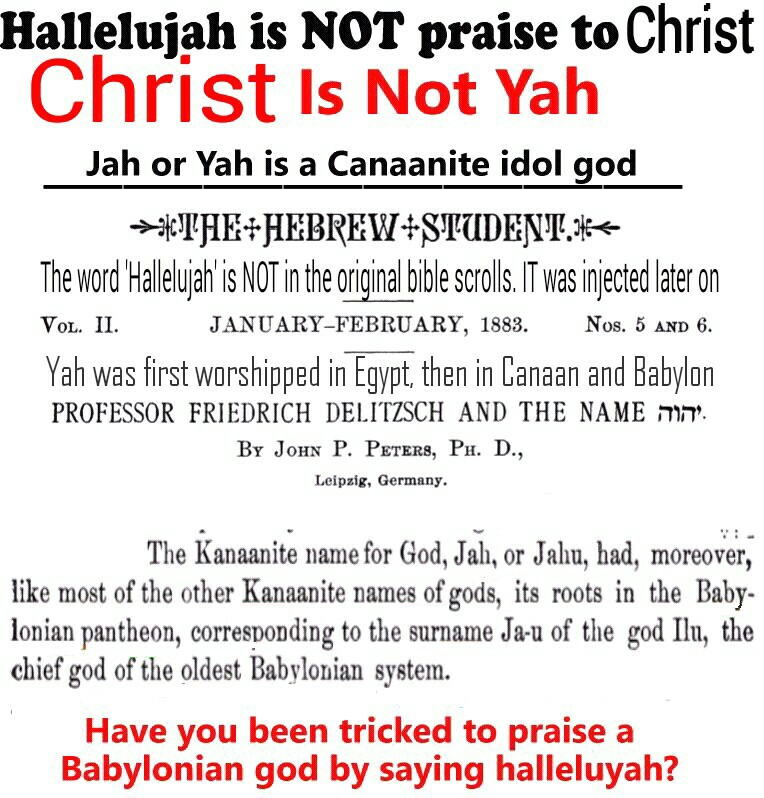 Hebrew: יהּ H1180 NAS Exhaustive Concordance pg.1500 "my Baal," a symbolic name for Yah:-Baali. Both Baʿal and El were associated with the bull in Ugaritic texts https://en.wikipedia.org/wiki/Baal Hosea 2:16 King James Version 16 And it shall be at that day, saith the Lord, that thou shalt call me Ishi; and shalt call me no more Baali. Ishi in Paleo Hebrew is Ah-Yashaya The Father and the SON have the SAME NAME fulfilling John 5:43 Names of God in Judaism 1.1 YHWH 1.8 Jah 2.3 Baal https://en.wikipedia.org/wiki/Names_of_God_in_Judaism There was no letter J 500 years ago, so it cannot be JAH. Iah or "Yah" was a Mitsrayim (Egypt)ian moon god. "Yah" is the Mitsrayim (Egypt)ian MOON god and "Shu(a)" is the Mitsrayim (Egypt)ian SKY god. Yah is also the GOAT god with whom also is associated with the MOON. http://www.ancient-egypt.org/ Iah is a lunar deity in ancient Mitsrayim (Egypt)ian religion. His Name means "Moon". https://en.wikipedia.org/wiki/Iah http://www.reshafim.org.il/ad/egypt/religion/iah.htm Aah is the ancient Egyptian god of the moon. ... Alternative spellings of his name include Iah, Aa, Ah, Aos, Yah, Aah Tehuti or Aah Te-huti that may also mean “collar”, “defender” or “to embrace”. He is associated with other lunar deities including Thoth and Khonsu who may have eclipsed his popularity. Egyptian Gods: Aah - Egyptian Gods and Goddesses egyptian-gods.org/egyptian-gods-aah/ YAH is not the name of God. I do not care if it is in Psalms 68:4 as JAH in the AKJB. There was no letter J 500 years ago, so His name cannot be Jah. David did not write Chapter 68. It was written many years after David and perhaps after the return from the exile. Verse 29 speaks of the Temple, something not built until after David's death. The 1611AKJB has for Psalm 68:4 Sing vnto God, sing praises to his Name: extoll him that rideth vpon the heauens, by his Name IAH, and reioyce before him. IAH is the Mitsrayim (Egypt)ian moon god! Found Aug 7, 2021, by a fellow believer. A new website proclaiming that Ya is also an Egyptian moon god (with no evidence). http://www.jesus-messiah.com/html/ya-god-origin.html The YASAT uses YASHA as His name, as that is found in the Iota Sigma which converts into Paleo Hebrew Yasha which means Savior in Hebrew. The Codex Sinaiticus and twenty-one papyrus fragments contain the Paleo Hebrew Yasha for His name. https://bible.knowing-jesus.com/strongs/H3467 Yashaya means "Our Savior" if you are afraid that the ​"​YA​"​ means moon god, stick with YASHA, as He is Savior. In Hosea 2:16 the Father no longer wants to be called Baal, so in the KJV they use Ishi. When the Hebrew is converted to Paleo, you get Ah-Yashaya

Yah or Jah is not His name! 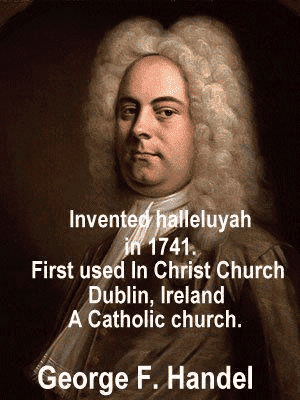