When you pray and say Amen,

you are actually praying to the Egyptian Amen Ra!

When you pray and say Amen you are actually praying to the Egyptian Amen Ra!

Todays Bibles are filled with the Pagan Amen, so its best to use a Holy (Qadash) Name Yasha Ahayah Bible.

Amen in the Bible is a pagan term. The Hebrew of the Old Testament reveals to us that the Scriptural Hebrew word (which means: so be it, or verily, or surely) is "Amein" and not "Amen." Likewise, the Greek equivalent in the Greek New Testament is pronounced: "Amein." The Egyptians, including the Alexandrian's, had been worshiping, or been acquainted with, the head of the Egyptian pantheon, Amen-Ra, the great sun-deity, for more than one thousand years B.C. Before he was known as Amen-Ra, he was known as Amen among the Thebans.

According to Funk and Wagnall's Standard College Dictionary, AMEN was the god of life and procreation in Egyptian mythology, and later identified with the Sun-god as the supreme deity and called "Amen-Ra." Smith's Bible Dictionary and Egyptian Belief and Modern Thought agree.

Our Saviour Yâsha' calls Himself "the Amein" in Revelation 3:14 One might ask: Have we been misled to invoke the name of the Egyptian sun-deity at the end of our prayers?

Revelation 3:14 (YABS) And unto the angel of the assembly of the Laodiceans write; These things saith the Amên, the faithful and true witness, the beginning of the creation of Ahâyâh;

Amen is an Egyptian King. 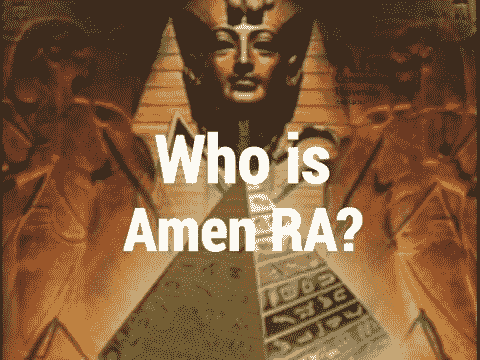 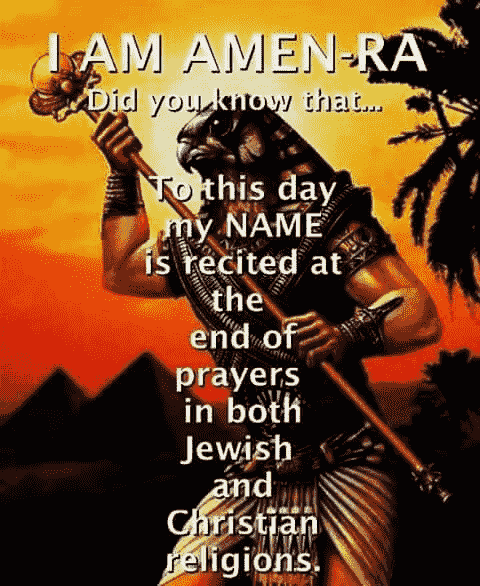